SCENES LIKE THIS AREA DAILY REALITY FOR THE CREW OF SEEKER ON THEIR PACIFIC TREK. SOME ESTIMATES HOLDS THAT BY 2050, THERE COULD BE AS MUCH PLASTIC AS THERE ARE FISH IN THE OCEAN. BUT WHAT IS ALL THIS JUNK, EXACTLY? WHERE DOES IT COME FROM? AND IS IT REALLY CONCENTRATED IN A GIANT GARBAGE PATCH SOMEWHERE OUT THERE? MARCUS ERIKSEN IS AN ENVIRONMENTAL SCIENTIST WHO HAS MADE IT HIS LIFES MISSION TO SOLVE THE PROBLEM OF MARINE PLASTIC. ITS A GLOBAL ISSUE, BECAUSE PLASTIC ACCUMULATES IN GYRES, LARGE CIRCULAR CURRENTS THAT THREADS THROUGH THE WORLDS OCEANS. What’s leaving and heading out to sea is all the single-use packaging: it’s the straws, the bags, the bottles, the cup lids, the stir sticks, all this junk that we use once and throw away.

A plastic bottle leaving California will get to Japan in about three to five years and come back across the northern half of the North Pacific. That spinning mass of water is a gyre. Plastic trash will migrate to those zones and get stuck. We actually take boats out in the middle of nowhere, we drag our net behind the boat and we count the plastic particles that are floating. Working with ocean modelers, we can get these regional maps of how much trash is out there, what it is and where it is. BUT ANSWERING EVEN THESE BASIC QUESTIONS ABOUT MARINE DEBRIS HAS PROVEN TO BE SURPRISINGLY CHALLENGING. IN FACT, EVERYTHING WE KNOW ABOUT THE PROVERBIAL GREAT PACIFIC GARBAGE PATCH STARTED IN 1990 WHEN A CONTAINER SHIP SPILLED 61,000 SNEAKERS INTO THE OCEAN. Realizing that a lot of these sneakers would never come to shore, that they would just be stuck in this vortex, Curtis Ebbesmeyer, working with James Ingraham Jr.

At NOAA, they’re the ones that came up with the term ‘Great Pacific Garbage Patch.’ CAPTAIN CHARLES MOORE IS OFTEN CREDITED WITH THE FIRST OBSERVATIONS OF THE PATCH, A CONSTELLATION OF MICROPLASTIC PARTICLES THAT CAPTURED THE PUBLICS IMAGINATION. Captain Charles Moore had described the area: he said, ‘Look, I’m in an area roughly twice the size of Texas where I’m doing my transects’ and that hit the media by storm.

There aren’t these islands of trash; they don’t exist. It’s more like a smog of microplastic particles, billions of them, very toxic over a wide area. EVEN WHEN THEY BECOME BRITTLE AND BREAK APART, PLASTIC PIECES PERSIST. UNABLE TO OXIDIZE OR BECOME WATERLOGGED LIKE METALS, WOOD OR PAPER, ALL TYPES OF PLASTIC ARE DESIGNED TO DEFEAT NATURAL DECAY. In general, high-density polyethylene, number two plastic, is the most common plastic in consumer use, and it makes your soap bottles, it makes your toothbrushes, it makes many of the consumer goods that float out in the garbage patch. 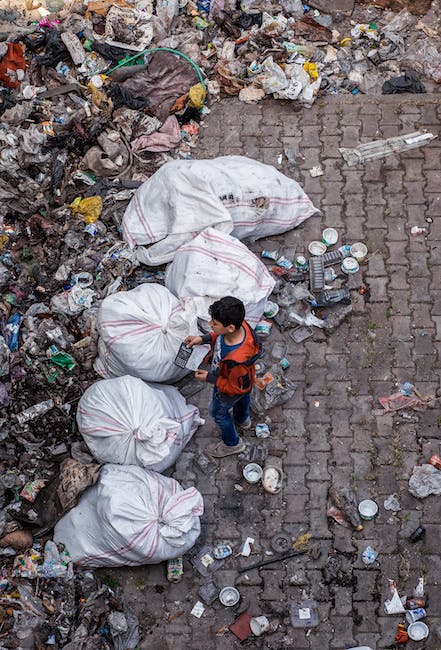 If we think in terms of all the plastic that’s been produced since 1950, since its a synthetic material, hydrocarbons, it’s probably still here today on the planet. DR. SARAH-JEANNE ROYER WORKS WITH DR. NIKOLAI MAXIMENKO AND HIS TEAM AT THE UNIVERSITY OF HAWAII TO TACKLE THE PROBLEM OF TRACKING TRASH. Most of the time, we will find only bottle caps and not the bottle itself because the bottle is made out of PET. It’s sinking because the density of PET is higher than seawater. DESPITE THE DRAMATIC AMOUNT OF PLASTIC THE CREW OF SEEKER HAS ENCOUNTERED, SOME ESTIMATES HOLDS THAT 99% OF OCEAN-BOUND PLASTIC WASTE IS STILL UNACCOUNTED FOR. THATS WHY SARAHS TEAM IS WORKING WITH THE SWIM EXPEDITION AND THE OCEAN VOYAGES INSTITUTE TO TAG AND TRACK THE WASTE THEY FIND. The Swim is using two different protocols. The first protocol is a visual survey of all marine debris they see from the vessel itself.

Whenever they find an object that is large enough, they will get closer to the debris, they will take pictures of it. If there are numbers or lettering, they will share this information with us, so we can track back the origin of that debris. The second protocol is basically to attach the GPS buoy onto marine debris to track their movement in the ocean. ONCE THE TRACKER IS ACTIVATED, IT ENABLES SCIENTISTS TO BOTH IMPROVE MODELS OF HOW TRASH TRAVELS IN THE OCEAN, AND LEARN WHERE TO FOCUS CLEANUP EFFORTS. MOST OF THE TIME, SARAH AND HER TEAM CANT IMMEDIATELY TELL WHERE A PIECE OF PLASTIC COMES FROM. BUT THEY CAN LOOK FOR OTHER CLUES. We need to use an FTIR or micro-Raman spectroscopy. This spectrum is matching a spectrum that is found in the library telling us what is the type of plastic. It’s probably the dream of all scientists to have a satellite and new instrumentation to be able to quantify the amount of plastic floating at sea.

THE ENTIRE LIFE CYCLE OF PLASTIC IS POISONOUS. ITS MANUFACTURING PROCESS DEPENDS ON HARMFUL CHEMICALS, AND WHEN RELEASED INTO THE ENVIRONMENT, IT SOAKS UP EVEN MORE TOXINS AND TRANSPORTS THEM FAR AND WIDE INCLUDING INTO OUR BODIES. PLASTIC CAN CHOKE THE OCEANS ABILITY TO ABSORB CO2 FROM THE ATMOSPHERE, EXACERBATING CLIMATE CHANGE. Only 10 percent of the habitat is on land. The rest, 90 percent of the habitat’s in the ocean, and it is totally unexplored for the most part. Imagining all the jungles, all the deserts, all the savannas, all the Rocky Mountains… the ocean would be nine times more. The idea that somehow it could be 50 percent plastic, 50 percent fish in a mere 30 years is horrifying. BUT THE SITUATION IS FAR FROM HOPELESS. ORGANIZATIONS ARE DEVELOPING INNOVATIVE SOLUTIONS TO CLEAN UP OCEAN PLASTIC. MATERIALS SCIENTISTS ARE TURNING THEIR ATTENTION TO NEW PACKAGING SOLUTIONS. AND CONSUMERS ARE MAKING MORE INFORMED CHOICES EVERY DAY. How can we use our science to influence laws and policymakers? When you refuse the single-use plastics, it has an effect on your neighborhood, on your local watershed, and the ocean. Now, seeing the UN talking about it, seeing companies rise up and say, We’re going zero waste. To see countries make a commitment to stop the flow of trash from land to sea…

I feel optimistic that we can solve this problem. To read daily updates from Ben Lecomte, track his progress in real time, and watch more videos about the science happening onboard Seeker.